What kind of God is this that gives us no option to react even to those who corner us? Why is He concerned not just about our actions but also about our imagination? If we cannot react even for our safety then who will defend us? Matt 5:21-48

Lord, thank You for the different calling upon us-it does not allow us to defend us but calls us to be perfect like our heavenly Father is perfect; give us grace.

Lord, how You desire to transform even our imaginations to make us perfect like the heavenly Father is perfect! Lord, have mercy

How do we neglect the house of the Lord: when we don’t do what is needed or when we do what we are not supposed to do? What is our response when we witness such activities? Will we have the burden to order God’s house or will we go on with our life? Neh 13:4-13

Lord, as trustworthy people we will not neglect the house of the Lord by doing what dishonors You and by not doing what honors You.

Lord, as we see Your people neglecting the house of the Lord by doing what dishonors You and by not doing what honors You, we not only will model walking in integrity but also empower other trustworthy people; give us grace.

On Jan 1. 2016, I sat down in my usual spot, near my bed on the mat. As I turned my The 365 Day Bible to the page that says, January 1, I was overwhelmed with a sense of awe. I have been using this Bible for over 20 years. Thus I have turned to this page numerous times. So nothing new, a routine by now! Then why did I have the emotions I experienced? Why was I filled with a new expectation, a new apprehension and a new hope? Of course, the New Year has something to do with it. But that’s not it.

I realized that it has to do with my spirit tuning in to the Spirit of God to  listen to what He will speak to me through His Word. As I have quieted my spirit, mind and body, I was ready to listen to Him. And He spoke.  As I journaled my reflections from my reading for the day, my eyes welled up with tears. I knew my spirit was connecting with His Spirit. Something I want to experience all throughout my days.

I have shared my thoughts about spending Time Alone with God in my earlier blog, A Habit Worth Investing Your Time. There I shared a method for reflective reading of the Scripture.  In another blog, A Gift and a Shift I have penned how I was drawn to the desire to read the entire Bible in one year through the gift of my great uncle.

I want to encourage all of us to enjoy the experience of spending the Time Alone with of God through reading of the Bible. Besides, I encourage all of us to read the whole Bible in one year. There are many Bible reading plans to guide us in this process. The one I follow is found in  http://www.biblica.com/en-us/bible/reading-plans/ This guides us to read the entire Bible in a year. Recently I heard about M’Cheyne’s Bible reading plan http://www.mcheyne.info/calendar.pdf. Robert Murray M’Cheyne (1813-1843) developed this plan to guide the reader through the New Testament and Psalms twice, and the rest of the Bible once, each year.

It is not about deciding which plan is the best, but adjusting our schedule and prioritizing our time to escape to a quiet place with the Bible and see what God wants to speak to us every day. As the years go by we will find ourselves in the same page but with renewed expectation to hear from our Master and Lord. May we enter into His presence to taste and see that His mercies are new everyday!

I grew up in an extremely hospitable home. My parents went out of their way to literally accommodate 100’s of people. Some of them made our home theirs for couple of days every week, others stayed couple of weeks  every year,  while some stayed with us for many years.  This is beside those who ate at our home every day.

Without realizing hospitality became part of my nature.  Couple of days after I  arrived in 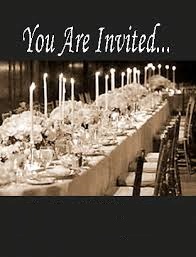 my husband’s apartment, we invited his friend’s family for dinner.  Even though I was not at all an experienced cook,  I tried to make a special Indian dish for them. In the last 26 years of our life together we have invited many to our home. Yet I don’t claim that I am as hospitable as my parents.

Only recently have I begun to realize that I am the guest of the Divine Host.  I did not realize that I have an open invitation to share in the fellowship with Him, so He came to me and said I am your Immanuel who stays with you forever.  Actually I was not in a  state to know the depth, height and width of this fellowship so He tried to explain it with his deeds.  But still I didn’t get it. Then He invited me to His table, Lord’s Supper to show me the extent of the fellowship He sets before me.

I was not part of the elite group when I received the invitation.  Nobody would have called me to such a great banquet. He found me among the poor, the crippled,  the blind and the lame in the alley and in the street.  Thus I became the guest of the Divine Host. I got the glimpse of His unconditional love for the first time.

Yet my story didn’t end with the banquet. He did not ask me to leave the banquet after it was over. I realized that He has invited me to Himself not just to a meal or home. The ultimate hospitality!  I was invited to share His life, to be His daughter, precious indeed as He purchased me for God to serve Him as a  royal priest. Forever I belong to Him and He belongs to me.

Then He said, “extend the same hospitality to others in the alleys and streets.” I missed the point at first,  then I put a small step but feared that my new friends would call me “friend of sinners, drunkard,  and glutton.” I valued their opinion more than His commission.  I often looked to others and not Him to whom I belong for eternity.

He waited all these years to teach me the implications of being the guest of the Divine Host. Now at least I have turned in that direction of being one. Yet, “Lord, there is more to learn. Give me the grace to lean on You every day to be hospitable like You to extend Your love to the unloved and unlovable.”

How has this thought inspired you? Please leave your comments.

Like Loading...
My husband and I along our infant son met my maternal great uncle for the first and last time in my life in 1995. He arranged the stay for us at the hotel where he was briefly staying in Naples, FL. I told him about my memory of his parents and his home on the opposite shore of the river near my grandparent’s house. He too shared some old memories. The most memorable incident of this visit is the gift he gave a One-Year Bible. It was evident that it was not a gift for the sake of a gift but intentional and deliberate. His expectation of me to finish reading the Bible in a year was clear to me along with the importance he gave for daily family prayer.

and kin. The Bible became part of our family prayer. I found another One-Year Bible in my husband’s library which became the Bible I began to read for my daily meditation. Since 1996, I read the same Bible with the desire of reading the whole Bible in a year and to hear God’s voice.

Do I accomplish the goal every year? Of course not! I have missed assigned reading portions for each day many times over the years. I may not be able to read the Bible every day. But what is important to me is the opportunity to have a broader perspective of the Bible rather than reading my favorite portions and passages year after year. Besides, every first day of the New Year gives me a fresh start as I open my Bible to Genesis Chapter1, Matthew Chapter 1, and Psalm 1. This gives me a new expectation for the year and a delight to start not only the whole year in mind but also the whole Bible in mind.

I am glad that my great uncle’s envisioning has become part of my daily routine. It took me to another level of my Bible reading habit which has never wore me down. Rather to me it is an opportunity to affirm my habit of beginning my day with a fresh look at the Word along with a big goal of reading the whole Bible.

I have blogged about the importance of making Bible reading a daily habit in one of my previous blogs: A Habit Worth Investing Your Time. Yet this blog intends to take you to a next level of Bible reading: to develop a desire and a habit of reading the whole Bible every year. However it is not intended to develop guilt when you miss a day but to return to the Bible each day with a longing to hear from God.

Why wait to have a bigger vision of Bible reading habit not only for you but also for your acquaintances? One-Year Bible is available online or there are many one year reading plans on the Web. For eg., Biblica has given the reading plan titled: Bible in a Year: 365-Day Reading Plan It is not about the reading plan but about valuing and reading the entire Bible in a year.

Besides, I learn other lessons as I reminiscence the visit. What kind of influence do I intend to have on others and on my family members? If I see a person only for one time, what do I want them to remember me for or what will they remember me for?

Here is my list of Life Lessons. They are lessons learned from various experiences. I offer them to you as a source of inspiration to search to see what life has taught you.

This does not mean I have learned everything and finished learning. I hope to be still learning. My top ten will change as I grow older. But for right now, these are what I have. Do not think I had a heart breaking search to write these. Not at all. It just flowed as I began to scribble in my note book. Enjoy reading and think of what life has taught you.

Where I lived as a child, where my siblings and l laughed, played and argued

Where we cried and laughed together

Whose walls echoed our shouting, rooms 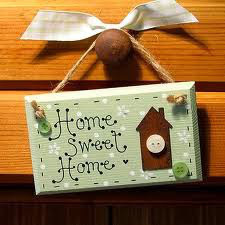 As the needle moved
My second home appeared where my husband and I, made our home,
Where our children were born,
We share our joys and sorrows,
Where our kids laugh, play and argue
Whose walls have their fingerprints and rooms have stories to recite.

As the needle moves they will move to their own homes
And they and us, joined with many others will go to our eternal home-
Our home with Jesus where others and us,
Will laugh, play and sing
Where the walls will echo our praises and rooms behold His Glory
We never have to switch the home again
Home Sweet Home